By 5:30pm, there is already an eager line of story enthusiasts outside the main hall of City Winery. Inside, storytellers buzz around the green room. Musicians run through one final practice. Our guest artist prepares his canvases, brushes and paint for the night ahead. And in a flash, the doors swing open and guests fill in like honey for the February “Love is…” themed show. 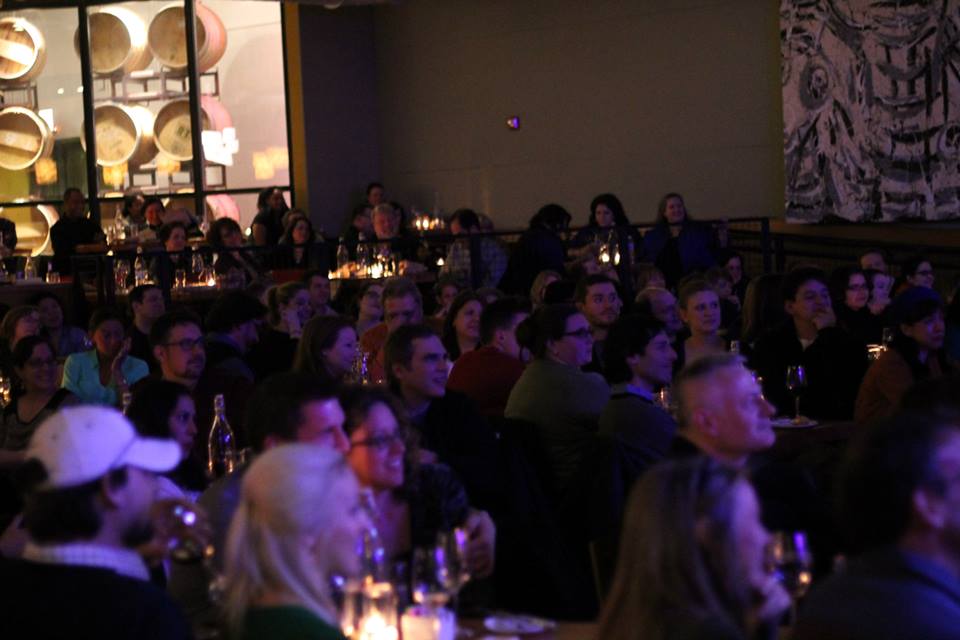 At 6pm, musicians, Andy Miller, Ben Benedict, James Weigel and Steve Hartley take the stage.
They are later joined by Jenna and Jade Bacon, a sister duo of heavenly voices. 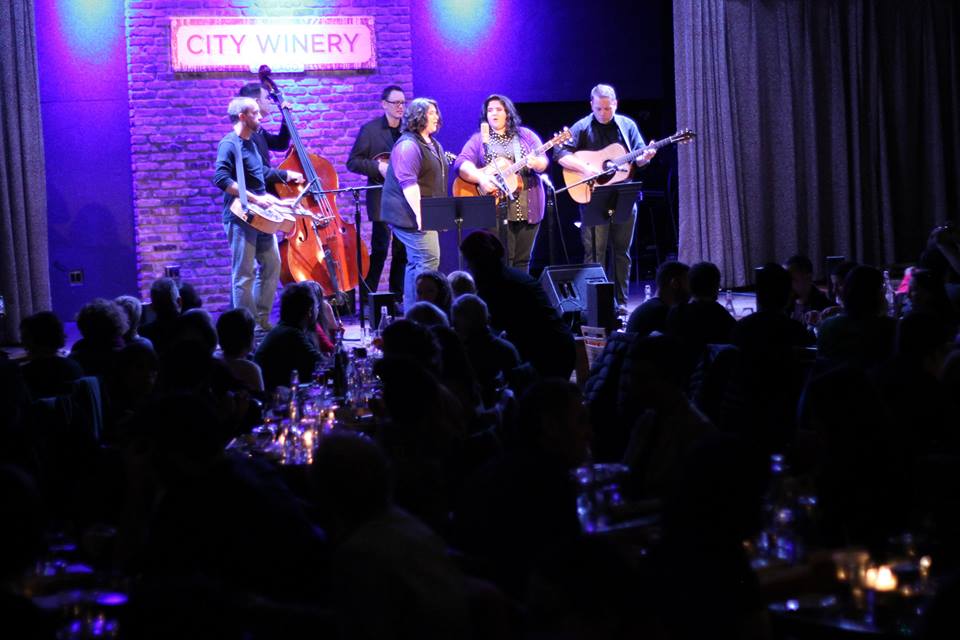 To end the set, Rob Dorn sings a masterful piece alongside Ben Benedict on guitar. 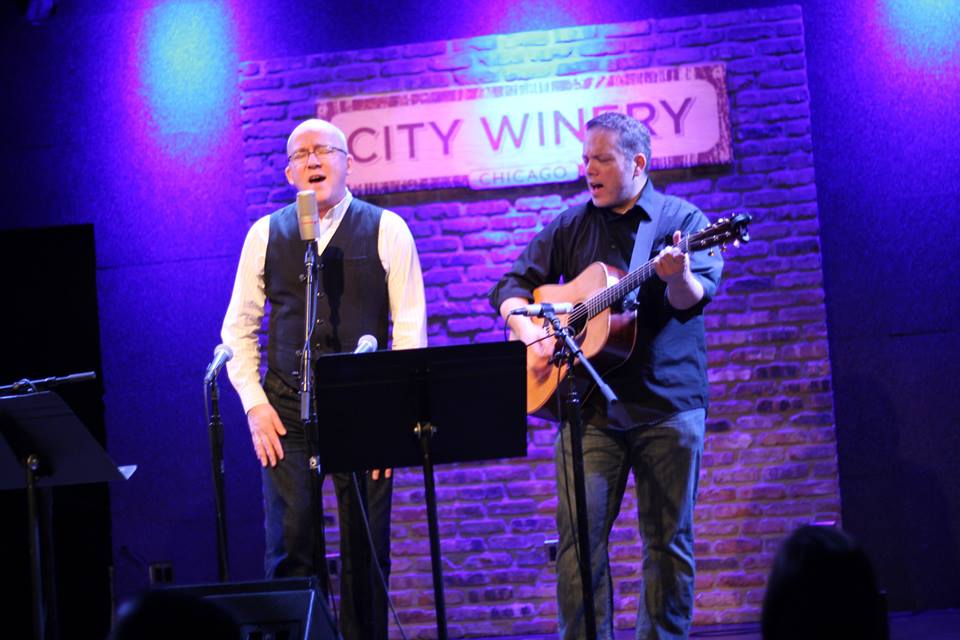 The show kicks off with producers, Jill Howe and Rachael Smith introducing guest artist, Erik Sosa-Kibby and guest hosts, husband and wife team, Denise Santomauro and Greg Poljacik. Greg and Denise are also Story Sessions alumni, having performed a tandem story in the June show this past summer. 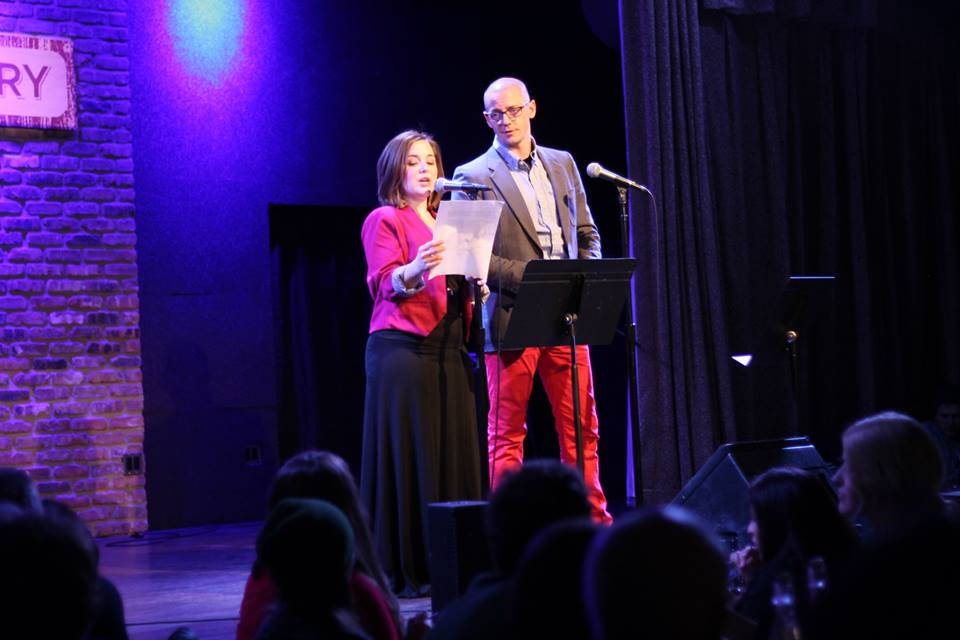 Greg and Denise help to carry on a very important Story Sessions tradition- notes from the audience are read between stories. They instruct our guests to write their own version of “Love is…”, the theme of the show, OR to write an anonymous love note, with direction on how they would like it to be read (such as young adult novel or science fiction or 1920’s radio announcer).

The stories kick off with Scott Smith, who shares a middle of the night moment with his daughter and her sincere request for a cheese sandwich. And blueberries. 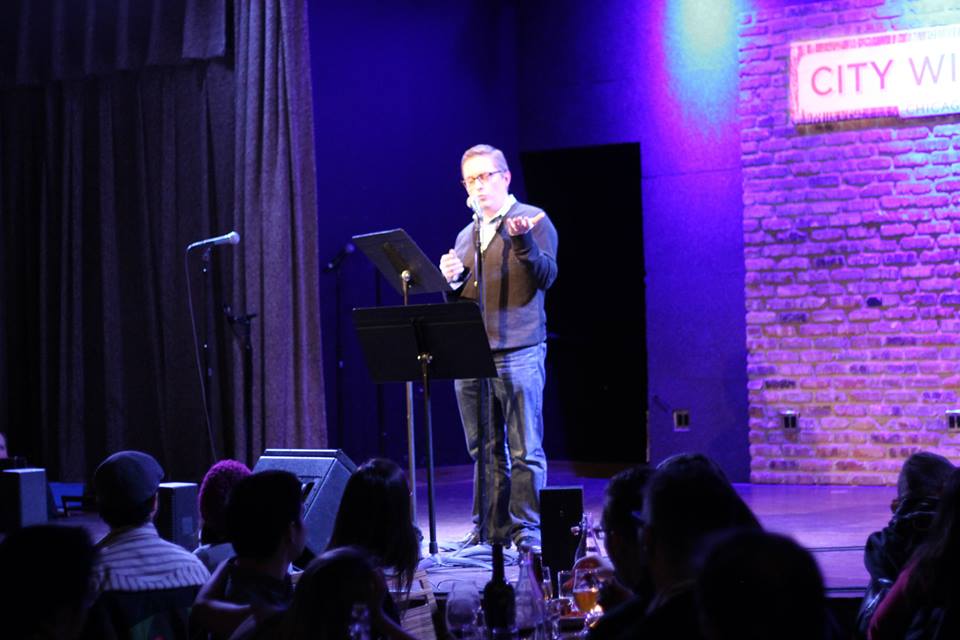 Barrie Cole regales us with a dream of candy hearts and the not-so-sweet reality of a fade-out break-up. 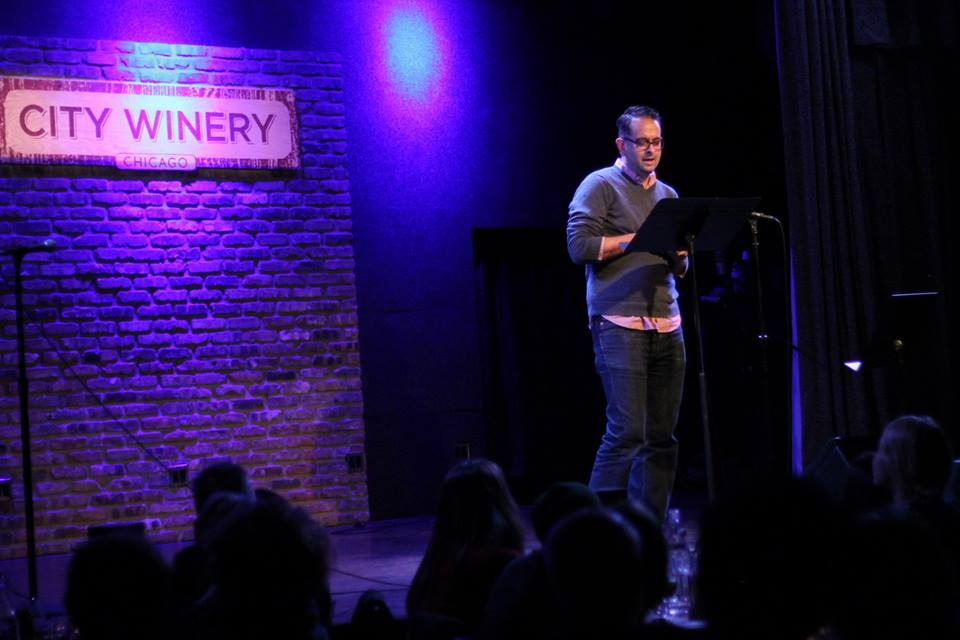 Through polarizing experiences, Eileen Dougharty helps a father understand how important it is just to be there with his child. 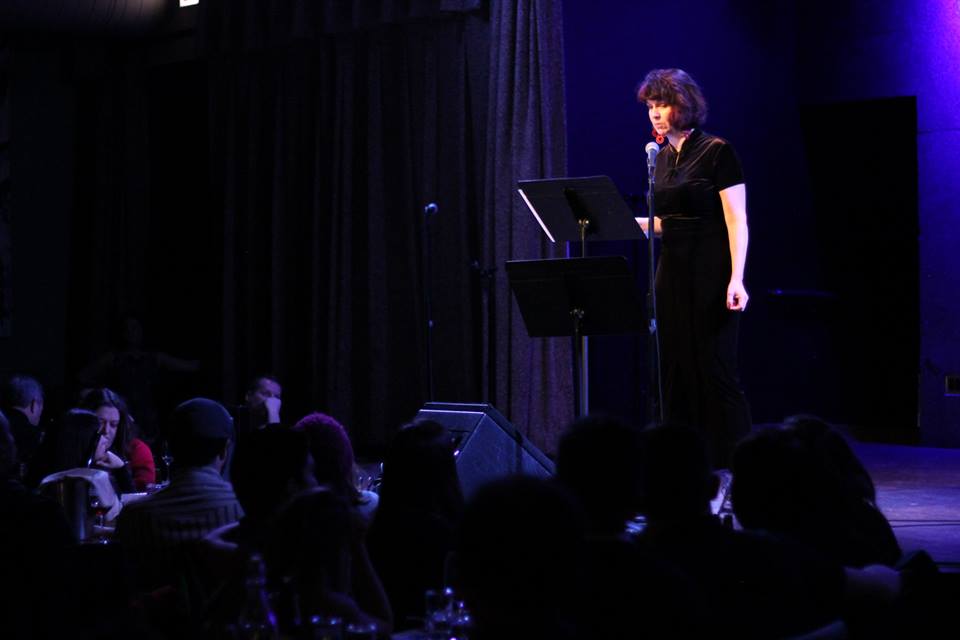 Andy Marikis and Sarah Michael Hollenbeck reveal the rocky beginning of their relationship and that platonic cuddling is not a thing. 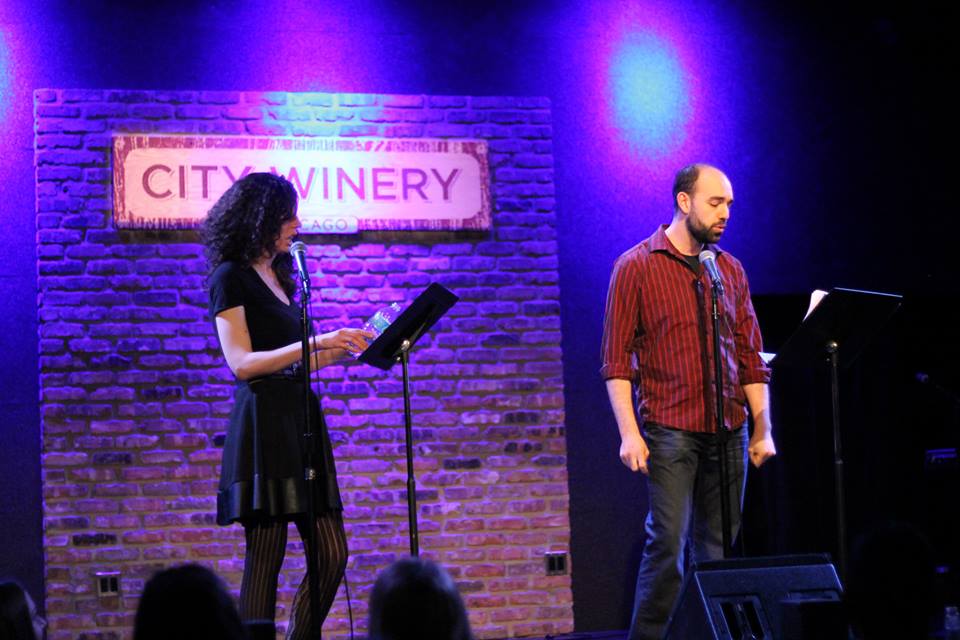 Kate James shares the most important lesson her father taught her, as well as a close second- how to make a proper martini. 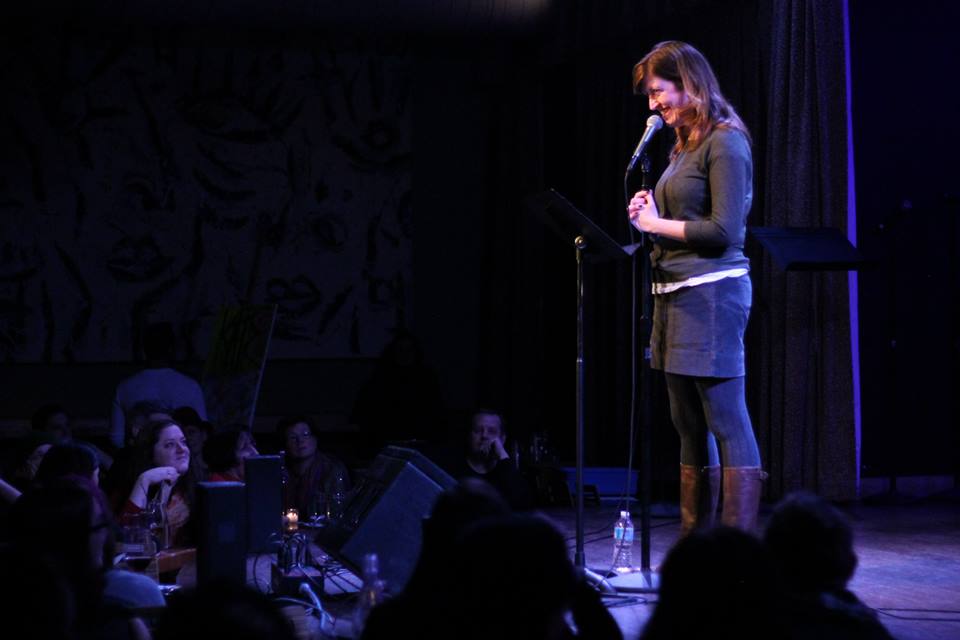 What an amazing show. Love is…so many things, from sharing your most vulnerable self and connecting with a room of strangers to opening yourself up to the possibility that perhaps, all we really need is each other. February 16th was an overwhelming celebration of lessons, laughter, light and love. 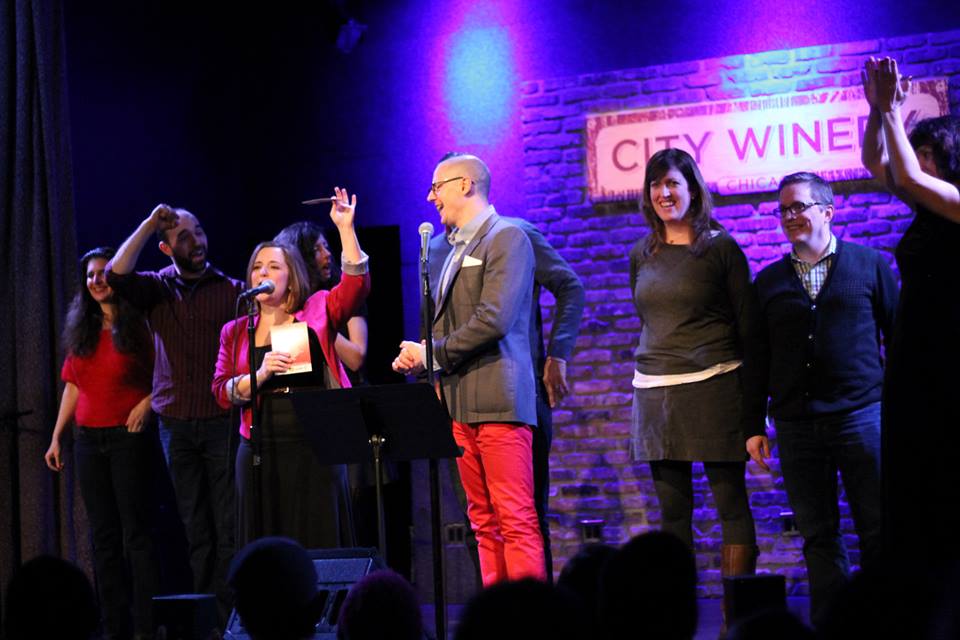 We are so grateful for the talent that graced the stage and the hearts that filled the room. Thank you so much for sharing this evening with us. We look forward to seeing your faces for our next show, “Phoenix Rising” on March 16th at City Winery!