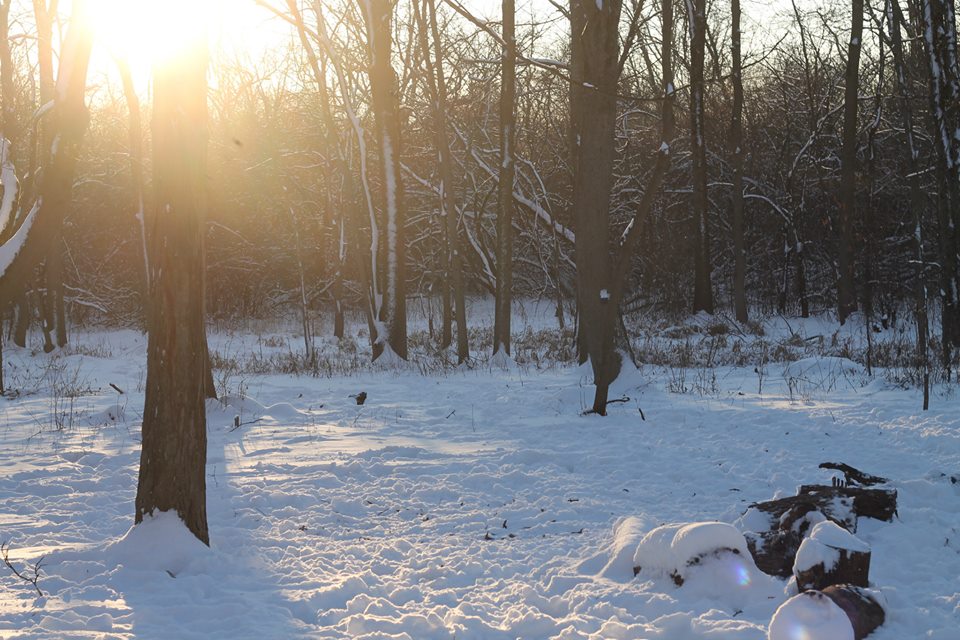 On a snow covered Sunday, we packed up our cars with treats and chairs and hats and blankets and headed to Glencoe for a full day of writing and workshops. 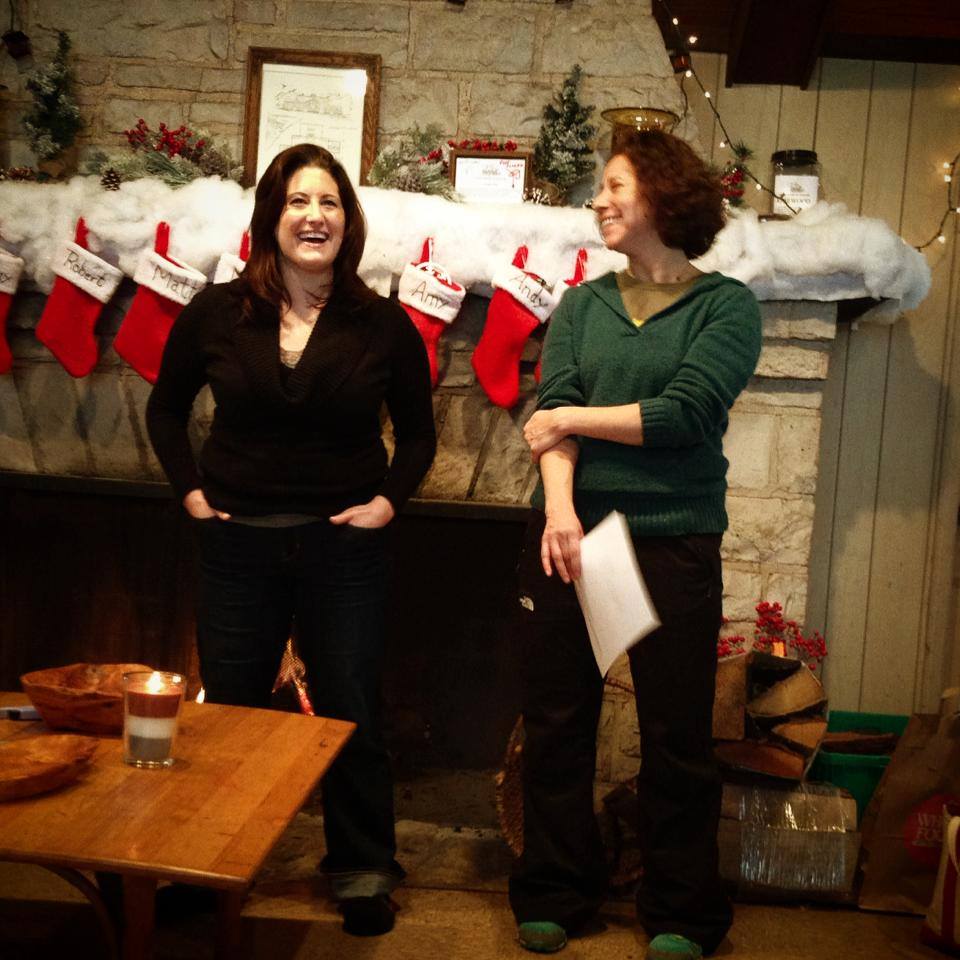 Once the fire was lit and the food was unpacked, we gathered around the hearth for our first workshop- Ellen Blum Barish teaching us how to jump start story ideas. 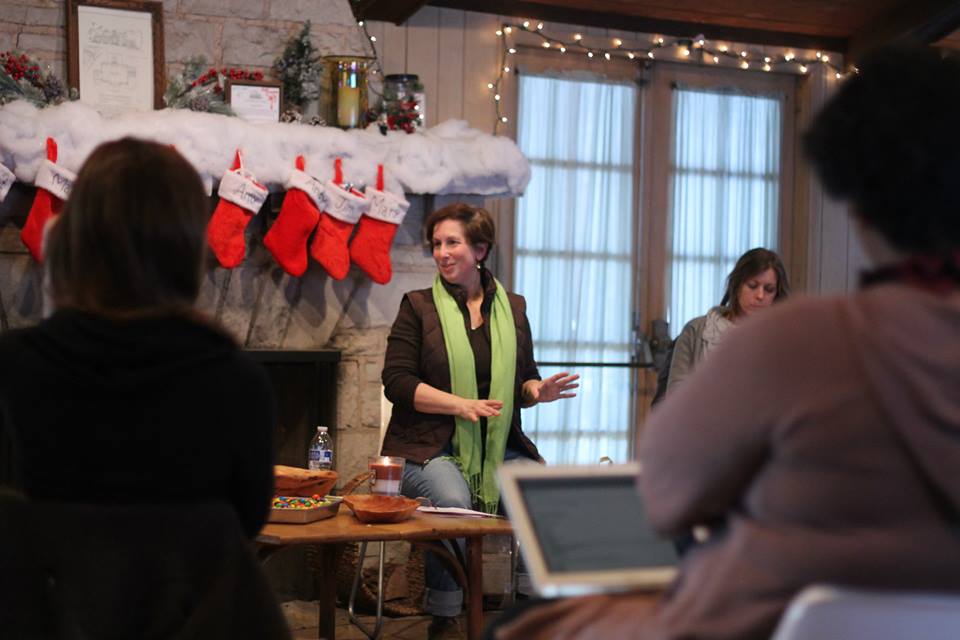 She took us through prompts where we made lists of places we lived, people who have inspired us and so on.. We each read our most unexpected sentence out loud to the group- the piece that we liked best, one that would perhaps “make the bookmark”, as we say at Story Sessions.

The day was sprinkled with personal stories, both in a group setting and of course informally between workshops. 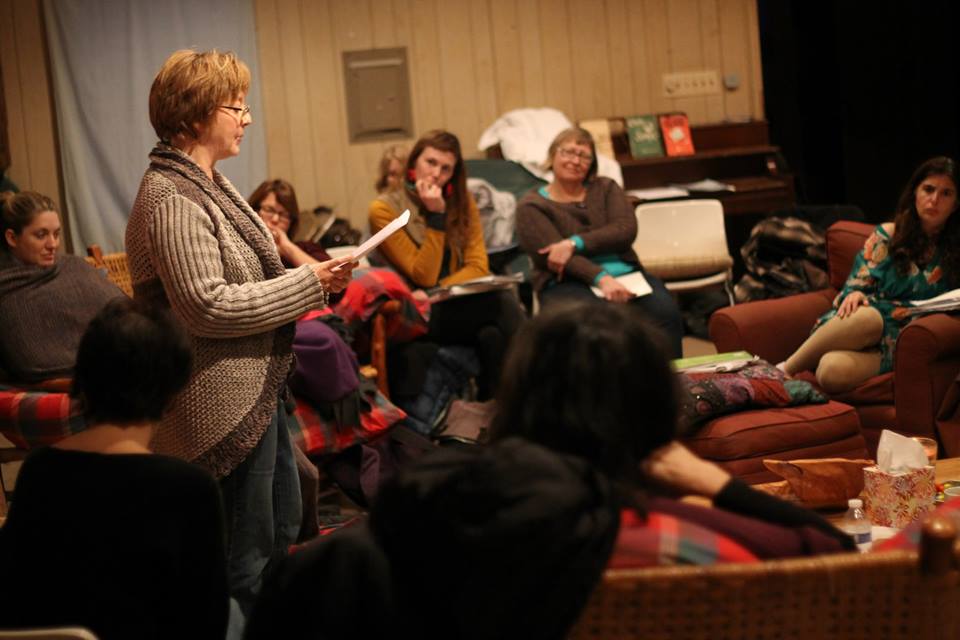 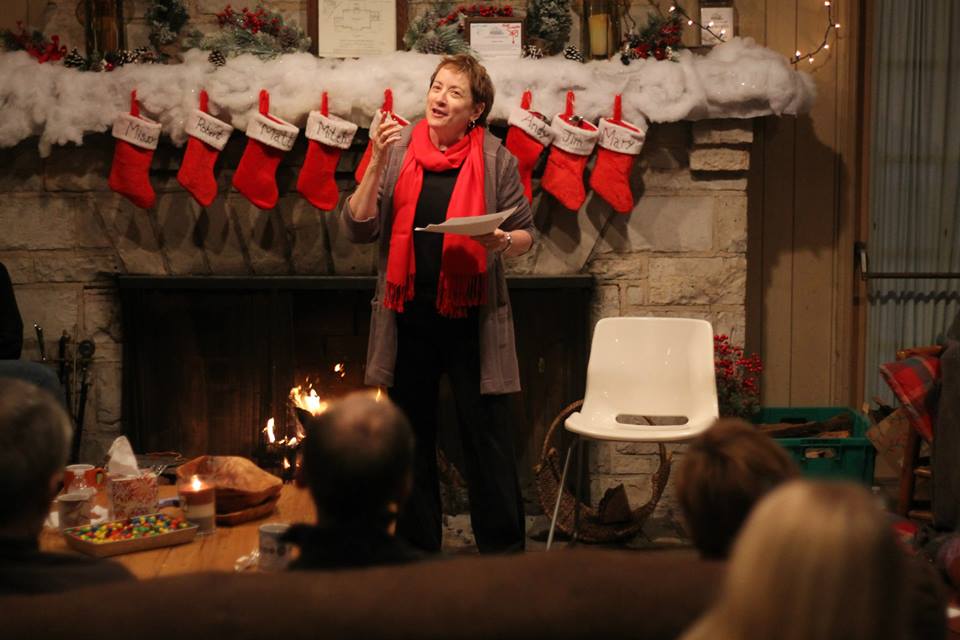 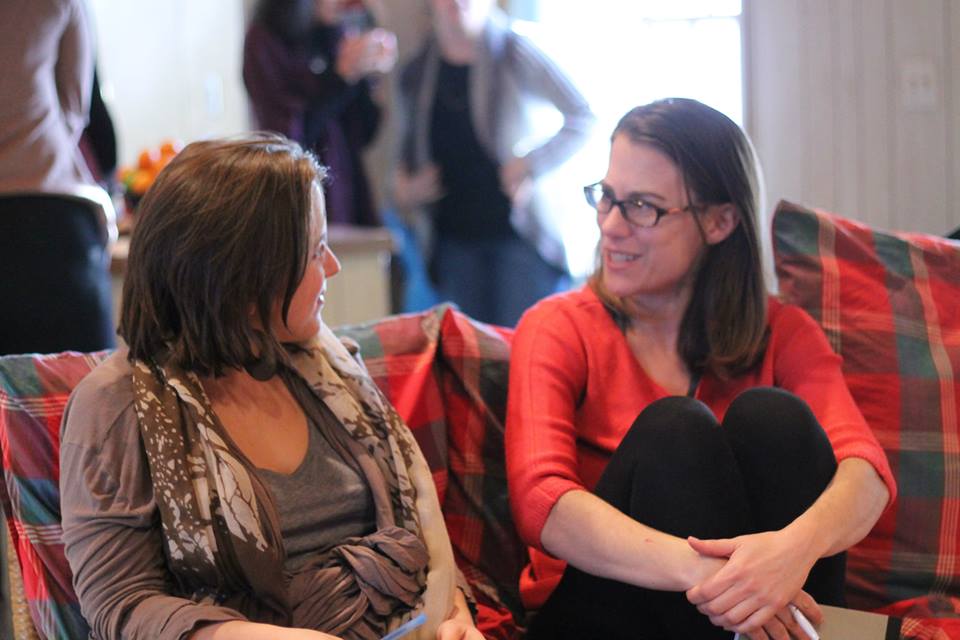 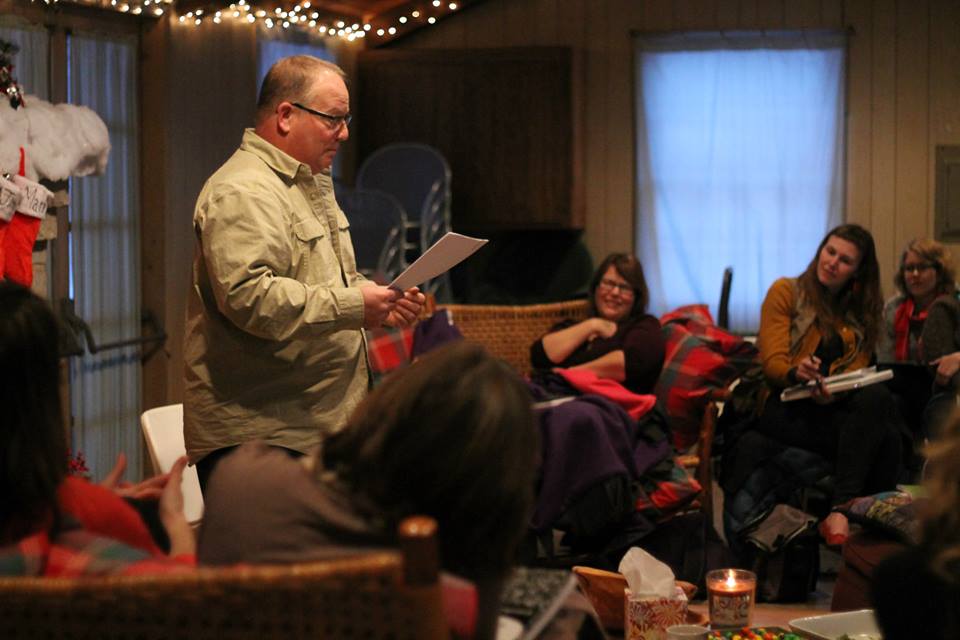 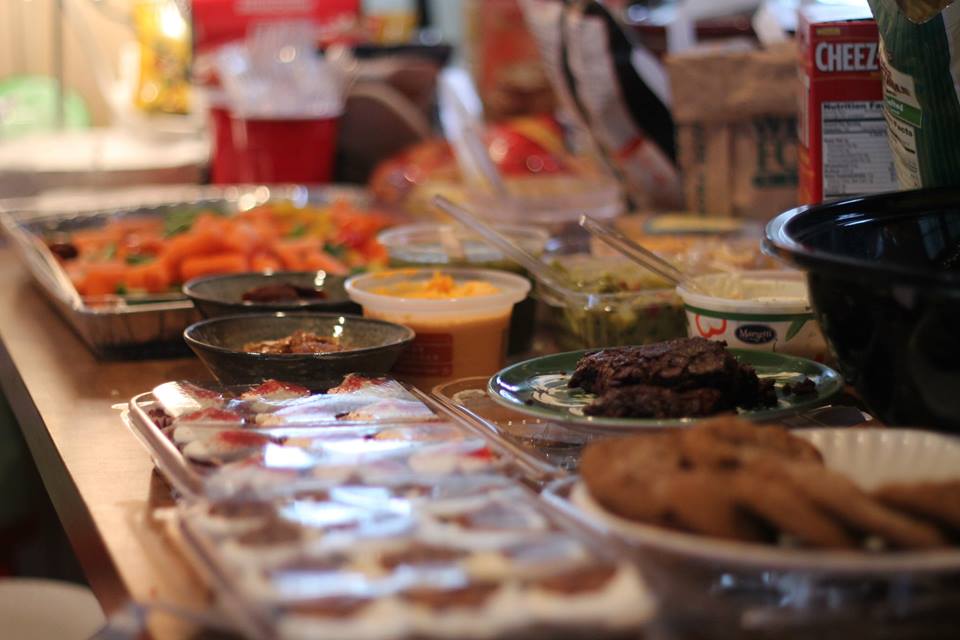 Our second workshop was with the lovely Deanna Moffitt who helped us understand what it means to come off the page and why abandoning our paper can help us better connect to our audience. 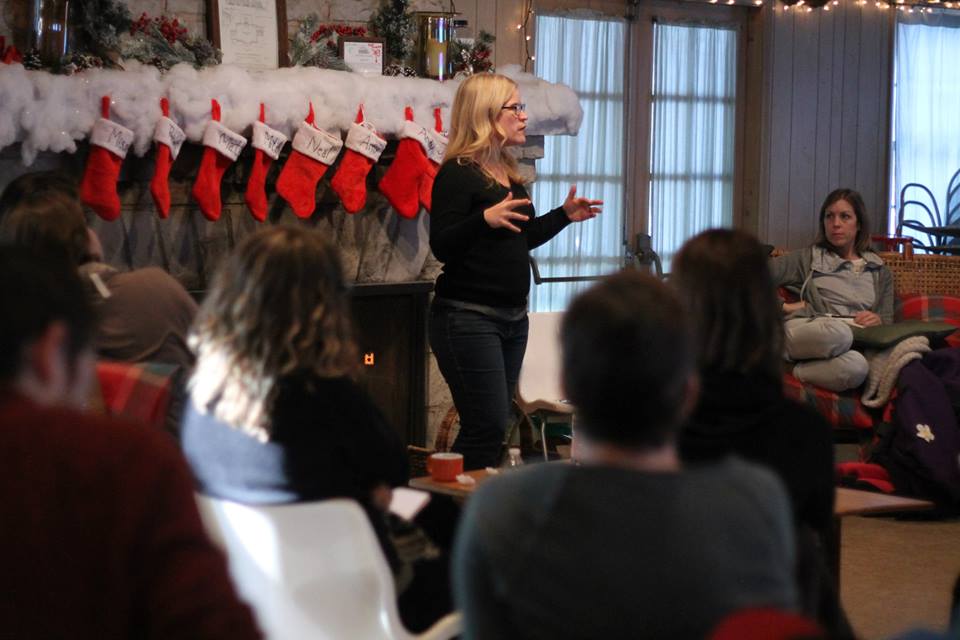 And if we can’t let go of our paper, we can at least use 16 pt type so that we don’t have to keep adjusting our eyes when we look back down. We also explored the question: Does telling a story without paper mean writing and memorizing or just getting up there and winging it? And of course, both ways work, as long as you keep it from running too long. Deanna’s advice was to stay true to whatever feels best to you.

Next up was Jason Smith who guided us through what it takes to produce a one-person show. With the wealth of theaters in Chicago, the barrier of finding a space is generally low. 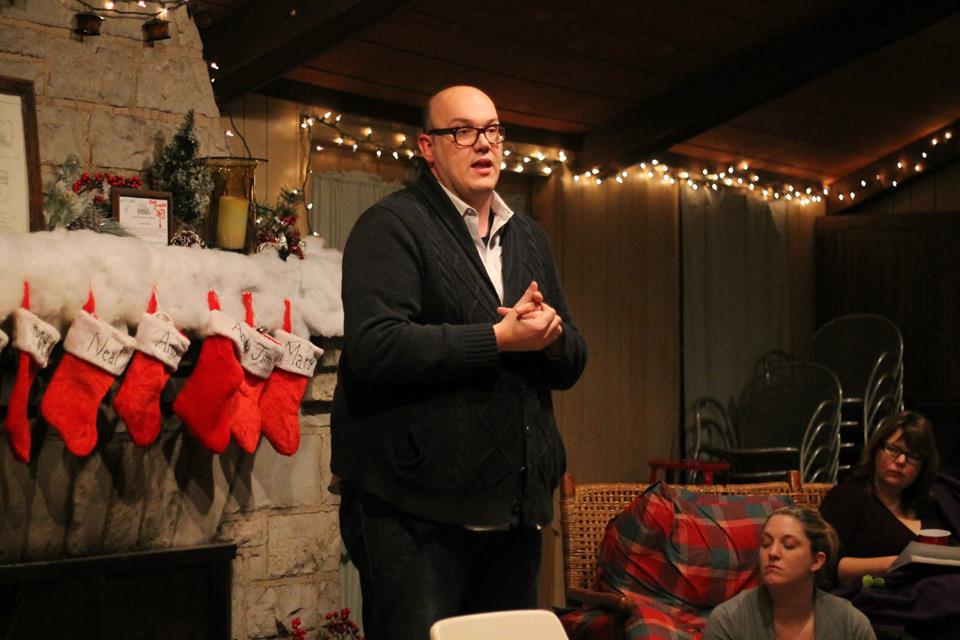 In addition, it’s easy to market a show by simply printing the relevant information and distributing. And social media gives show promotion yet another channel. So if solo theater is on your list- whether it’s you telling your story or someone performing it for you, the dream is attainable. And Jason is waiting in the wings to help.

Our fourth workshop was Barrie Cole discussing unconventional story structure to help us get out of the “it’s got to be this one way” rut. 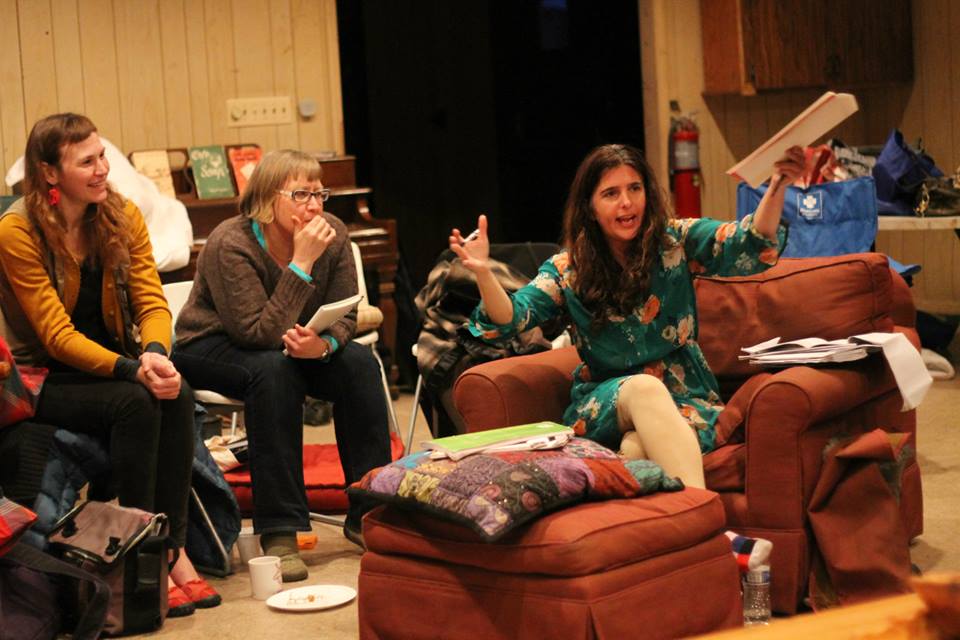 Stories can be lists, recipes, a plea to an audience as a jury, a phone call, a trip, an auction or any other form that works to convey your story in a unique way. Anyone who has seen Barrie perform can attest to the magic that she brings with her approach to describing even the most mundane daily tasks. In the workshop, she also urged us to stray from making big events the focus of our stories. For example, instead of writing about the funeral, make the story about the drive to the funeral or about putting on make up beforehand. Choose the less obvious. And channel Barrie Cole when you do this.

One of our favorite quotes from Barrie’s workshop is “I could give a shit about plot”, which is some seriously freeing advice. Barrie goes on to tell us that it’s okay if the situation isn’t wrapped up at the end. It’s your story. And in reference to making sure the audience understands context, she told us, “people just want a reliable tour guide”. Well said, and very much in line with a metaphor that began weaving through every workshop- [cue bit that only the retreaters will understand] , “We just want to know when we’re going to Evanston.” 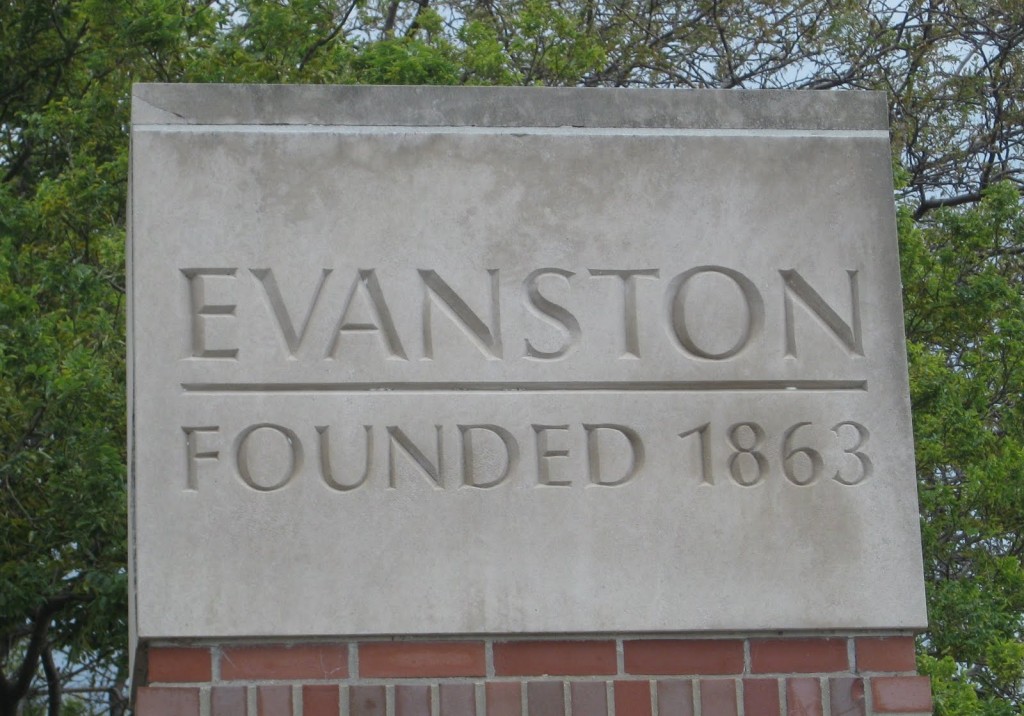 Last, but certainly not least, Tom Wolferman and Susan Ochwat, LCSW brought us home with a talk on “the reluctant performer”. We explored the self-doubt, comparison to others and how to know if it’s “safe” for us to explore a story that may still evoke deep emotions in us. 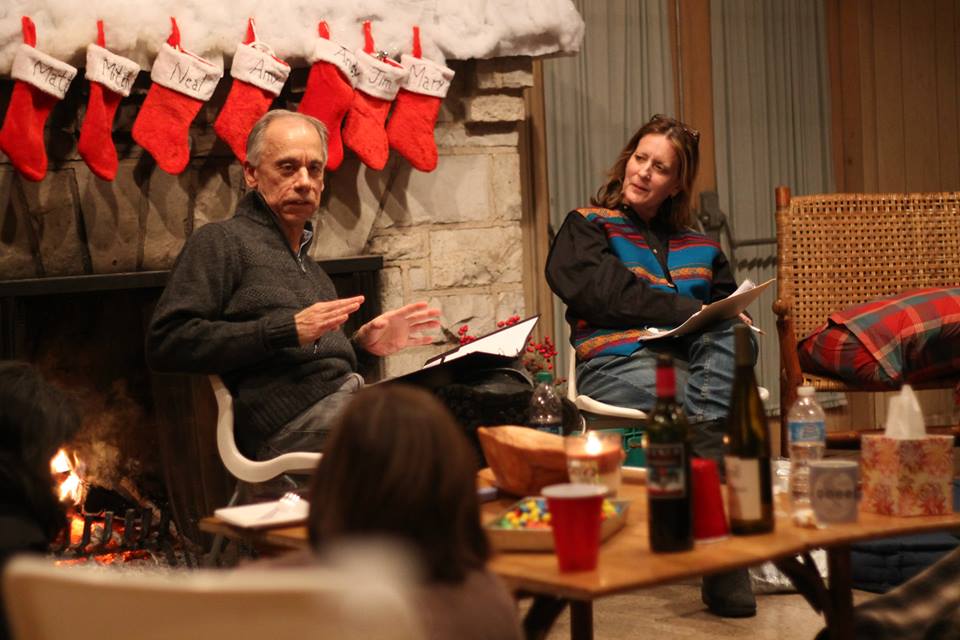 We determined that it’s okay to feel uncomfortable writing a story, as long as it doesn’t put you in a crazy tail spin for an hour, a week or longer.

Tom also coined a new term for those who don’t love to bask in the spotlight like the infamous “sparkle ponies”. 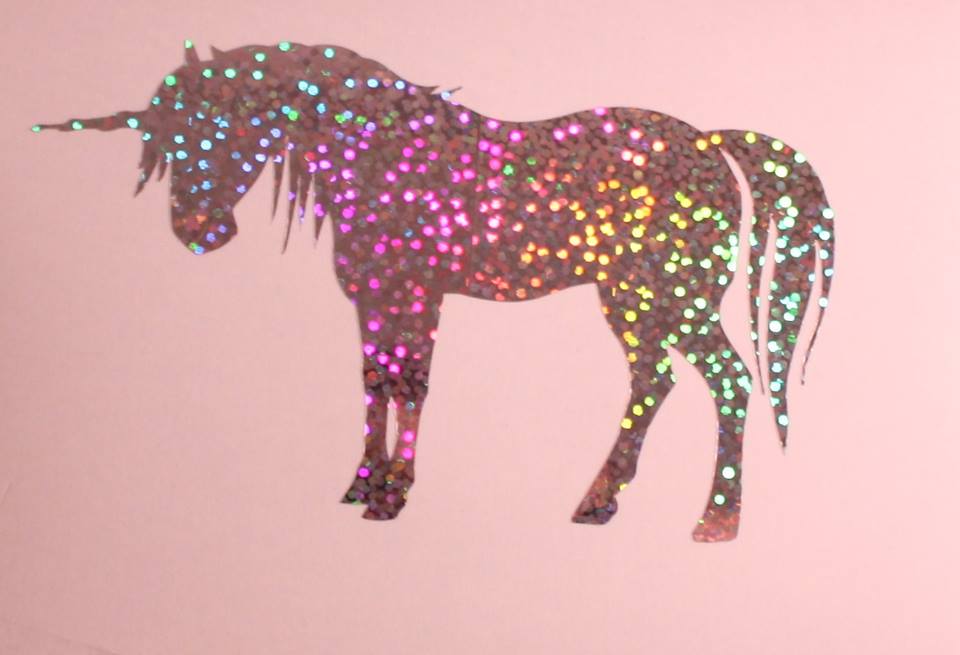 Tom referred to himself as a “sparkle gerbil” which prompted us all to contemplate, “what sparkle animal am I?” The following day, Facebook was flooded with suggestions for each of our spirit sparkle animals.

It’s one of so many reminders that before we are writers, storytellers and performers, we are all bundles of love, support and energy. 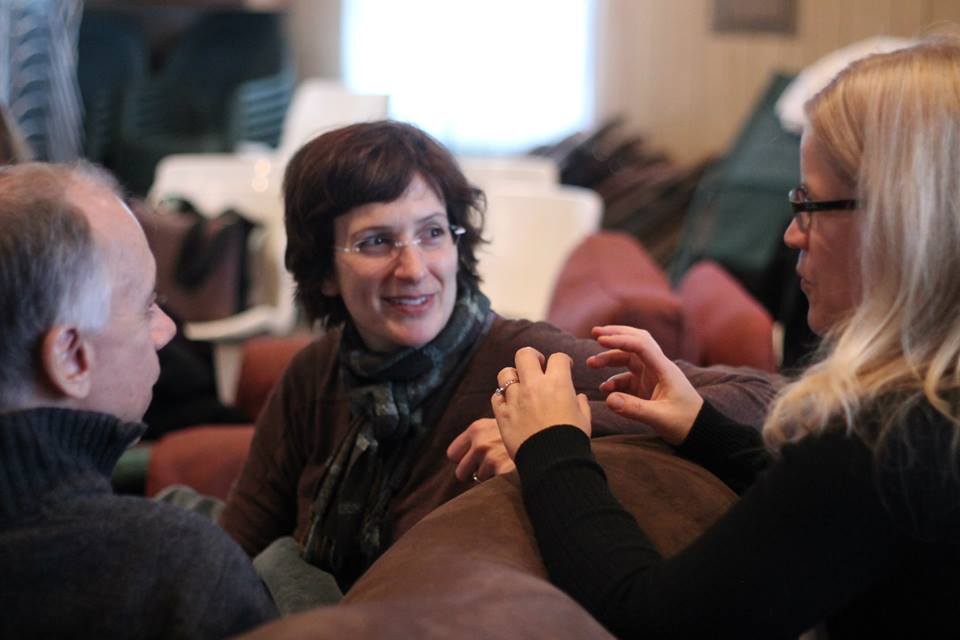 It’s the friendships we have made in this community that make sharing at events like this so meaningful. The whole day at the retreat, the warmth in the room was tangible, just like the hugs that closed out our night before we locked up the cabin and said goodbye.

We will surely be back.